If you get into a car accident, chances are you’ll need to deal with an insurance company – either your own or the other driver’s. You may rush to report the accident in the hope that you will get a quick payout. However, you need to think carefully about what you’ll say when you talk to the insurer. Some comments seem innocent, but they could jeopardize your claim.

Insurance companies would struggle to generate a profit if they approved every claim they received. Therefore, they will look for ways to reduce costs. This includes using something you say against you. If you feel stressed or traumatized immediately after the accident, wait until you’re calm to report the accident. In the interim, you should contact a Georgia car accident attorney for advice on how you should proceed. They will ensure you don’t make some of the mistakes accident victims often do.

Let’s look at five things you should avoid telling an insurance company.

Even if you believe you played a role in the accident, don’t admit fault outright. There may have been other factors that led to the crash. For example, even if you were speeding, the other driver may have been able to avoid the collision if they weren’t texting and driving. Alternatively, maybe your brakes were defective and that’s why you couldn’t stop in time. It may seem disingenuous not to admit fault, but you should protect your rights.

Of course, you shouldn’t lie about what happened, but you shouldn’t speculate about what caused the accident. It’s best to say as little as possible until you get all the facts. Law enforcement agencies and insurance companies will carry out their own investigations as will your attorney.

Even if you’re found to be partly at fault for what happened, the other driver may also share some of the blame. In such a situation, you would still be able to recover a portion of your damages. However, if you admit fault at the very start of the process, you could lose out significantly.

When the person on the phone asks how you’re feeling, you may reflexively say you’re okay. You may mean that while you’ve been hurt, your injuries don’t seem particularly serious. However, the insurance company may take your comments literally and claim that you weren’t hurt in the accident. This may seem extreme, but the insurer could try to use something like this as a reason to deny your claim. If you have a competent Georgia car accident attorney on your side, they may be able to fight such an attempt.

When you speak to the insurance adjuster, don’t say anything definitive about your injuries. Even if you’ve already seen a doctor, you should wait a few days before declaring that you’re injury-free. Some injuries don’t show up immediately. That’s why you should also not sign any medical release forms the insurer offers without first talking to an attorney.

The insurance adjuster may ask you to provide a recorded statement concerning the accident. This is not mandatory, and you should never comply without talking to a lawyer. Again, the insurance company will be looking for ways to discredit your story. They will find ways to use your comments against you.

If you’re not absolutely certain about something, simply say you don’t know. Don’t make guesses about speed, distance or other details of the accident. This could come back to hurt you later. For many of the questions the adjuster will ask you, it’s best not to estimate.

“This Offer is Lower than I Expected but I’ll Accept It.”

Insurance companies will often reach out to victims shortly after the accident and offer them a low settlement. They hope that they’ll accept it without a fight, and many do. However, you may not know all the losses you’ve sustained at this point. If you accept the first offer, you won’t be able to get more money later.

The first offer is merely a starting point for negotiations, and you shouldn’t take it without first talking to a lawyer. Accident victims who have an attorney usually get higher settlements since lawyers know what is really a fair amount of compensation.

Insurance companies will always act in their own best interests. That’s why you need to be extremely careful about what you say. To give yourself the best chance of getting full compensation, you should hire an experienced Georgia car accident lawyer.

When you suffer injuries and property damage in a car accident, you hope the insurance company will approve your claim quickly. Both medical treatment and

Can I Sue for Malpractice if a Doctor Fails to Diagnose Cancer?

When an individual has cancer, early detection and treatment can have a positive impact on their health and life expectancy. Unfortunately, doctors can either fail

How To Deal With The Other Driver’s Insurer

As a driver, you should know that if you get involved in a vehicle accident, the first thing to do is call your insurer and Tractor-trailers and large trucks move around on the highway throughout Georgia. Truck accidents in Georgia are very common. More than 5,000 people died due to

Were you the victim of a car accident in Albany, GA? Georgia law gives you the right to recover your losses. However, your success in 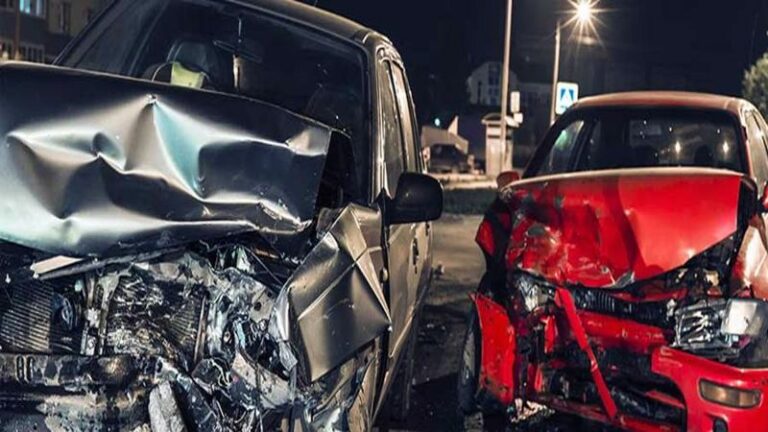 What Is The Good Samaritan Law About

The term “Good Samaritan” refers to someone trying to help another person involved in an emergency. It derives from a Bible story where a Samaritan