How a Traffic Ticket May Affect Your Georgia Car Accident Claim

Depending upon which driver is issued the citation, several factors help to determine whether or not a traffic ticket is beneficial for your Georgia car accident claim. Legal experts at Joe Durham Jr. PC will assist you in filing a lawsuit against the party at fault so that you may be able to recover all the damages incurred and make up for any of the lost wages. We will guide you through the entire legal framework associated with your Georgia car accident claim, thereby maximizing your chances of success.

In the year 2010, the United States witnessed the loss of an estimated 33,000 lives due to car accidents, as reported by NHTSA.

Today, we are going to discuss how an accident claim is affected by a traffic ticket and the factors that should be accounted for.

A Ticket Might Help Your Georgia Car Accident Claim:

Depending upon the kind of accident, the type of traffic ticket issued after a collision may determine who is responsible for the impact. For instance, the negligent behavior of the driver may have a pattern that leads to the issuance of traffic tickets. It is highly likely that before crashing into your car, they have been penalized for running a red light or over-speeding. In such cases, the traffic ticket may prove to be a solid backbone for your case, proving that the recklessness of the driver has initiated the incident.

Drivers may also be penalized for non-moving violations, such as impaired headlights or indicators. This might also convince a jury in a Georgia car accident claim.

The accident victims are entitled to recover every penny from the culprit party, given that Georgia is a fault state. However, if any fault on the part of the victim is discovered, the percentage of fault will be proportionately allocated between both parties. The damages will also be reimbursed in the same proportion.

How Will My Claim Be Affected?

The nature of impact to your claim will be determined by who issued the claim.

If the Other Driver Is Ticketed:

Your legal advisors can easily play their angle if the defendant has a history of driving with broken or impaired headlights or indicators.

It is essential to keep in mind that the insurance companies may also have a handful of tricks up their sleeve. Moreover, you must have other supporting evidence regarding the negligence of the defendant at your disposal.

If Only You Received a Ticket:

There might be an adverse impact on your case if you were the one who was issued a ticket. This would give an impression that you were at fault. This could hinder the process for your reimbursement and make it difficult to fight with the insurance adjusters.

It is possible that your driver’s license is expired just before the collision. In any scenario, this event is unrelated to the legal proceedings of your Georgia car accident claim.

It is not conclusive that being issued a ticket may cause an adverse impact on your case. Being ticketed for a non-moving violation is a prime example of such a scenario.

If a Ticket was Issued to Both Parties:

Both the drivers may have contributed equally to the car accident in situations where both the parties involved are issued a ticket. The injured victim may have a chance to still recover compensation for damages even if both drivers have been issued a ticket. The comparative negligence laws of Georgia allow the injured victims to recover such damages.

How Do the Police Investigate and Decide Who to Ticket?

After arriving at the site of impact, the cops may inspect any evidence available or inquire witnesses. The police inspectors may ticket the driver who they think has broken any law. A cop may act as a witness only if they have personally seen the entire incident. In other circumstances, they may only penalize the party who they deem was at fault after executing their due diligence.

There is a chance that various consequences might ensue if a traffic ticket is in the picture. It is advised to immediately get in touch with an experienced Albany accident lawyer to represent you in court.

Can a Georgia Car Accident Lawyer Help Me If My Insurance Claim Was Denied? Tractor-trailers and large trucks move around on the highway throughout Georgia. Truck accidents in Georgia are very common. More than 5,000 people died due to

The perspective of a divorce is often terrifying. You are ending a relationship that was supposed to last a lifetime. Perhaps there are children involved,

Spouses deciding to file for divorce often have questions. The best way to obtain accurate answers is to consult divorce lawyers in Albany. Sadly, many

Mental Recovery After Surviving a Car Accident in Columbus

A car accident in Columbus can bring much more than physical pain. When people think of a car crash, they link it with the severity 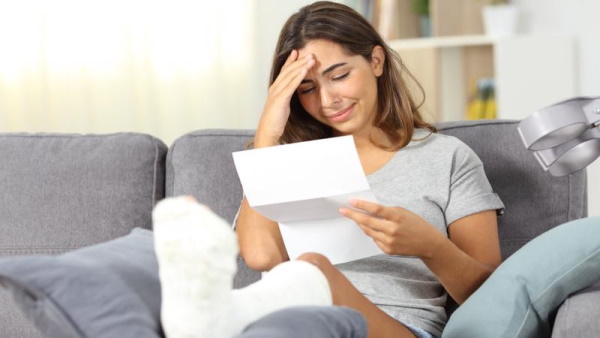 If you’re like most of our clients, any treatment you receive at the hospital after your car accident will be covered by your primary health Personal Injury Case: How Much Does it Cost on Average?

When you read the title of this article, you probably thought it was just another way for us to lure potential clients onto our website.