What Are the Pros and Cons of Settling My Car Accident Case Out of Court?

If you’ve been involved in a car accident caused by someone else’s actions, you may be advised to sue that individual. Many people assume that going to court is the best way to get compensation for injuries and losses. However, the truth is that most personal injury claims are settled out of court. Some are settled even before the lawsuit is filed while others reach their conclusion sometime before the trial or even before the verdict. Lawsuits that go all the way to trial are necessary in some circumstances. However, both the victim and the at-fault party usually benefit from settling out of court.

Before we discuss the benefits and disadvantages of this, let’s first be clear on what it means to settle a case. The American Bar Association defines it as agreeing to accept a sum of money and dropping your action against the other party. You will sign a written statement releasing the other entity from any further liability. This means you can’t ask for more money in the future. Before you accept a settlement offer, you should have it reviewed by an attorney. They will advise you on whether the amount is fair or if you should negotiate for more. However, the final decision is up to you.

It can be difficult to decide whether to settle your case or leave it up to the courts to decide. Some people opt for a settlement because they don’t want to deal with a lengthy court case. However, others believe they stand a better chance of getting fair compensation if they go to trial. Georgia car accident attorneys usually advise clients to see trials as a last resort. If prolonged negotiations don’t result in a favorable offer, they may recommend it. Let’s look at the pros and cons of settling out of court.

Advantages of Settling Out of Court

There are several reasons why victims opt to accept an out-of-court settlement. Firstly, it’s less costly. The legal fees associated with a trial are much higher than those associated with a settlement. This means that when you receive your payout, you’ll have to pay significantly more to your attorney. You’ll get to keep more of your money if you settle.

Another consideration is that litigation can be very unpredictable. You simply don’t know what the jury will decide and sometimes, their decision is surprising. You may still not be awarded the amount you think you deserve. If you agree to settle, you’ll know exactly what to expect.

Settlements also remain private. Unless you choose to disclose how much you received, no one will know how much you agreed to accept. On the other hand, trials occur in public view and court records are accessible by the public. If your privacy is important to you, you may want to opt for an out-of-court settlement.

For some people, the most important thing is that settling is less time-consuming and less stressful than a trial. If you can avoid anxiety and additional disruption while you heal from your injuries, you should.

Disadvantages of Settling Out of Court

Deciding to settle isn’t without drawbacks. Many people fear that by settling, they won’t get as much as if they went to trial. However, since there’s no way to know for sure, you can only make the best decision based on your circumstances and your attorney’s advice. Your lawyer will take all the various factors into consideration.

Another disadvantage is that you won’t be able to get punitive damages even if the other party’s actions were willful or grossly negligent. If the case went all the way to trial, punitive damages would be a possibility. These are intended to deter the at-fault party and other individuals from acting similarly in the future.

Contact Joe Durham Jr. P.C. for Help with Your Case

Accepting a settlement isn’t simply taking the easy way out. Sometimes, it’s the best way to get compensation without causing yourself undue stress. If you’re uncertain about what you should do following a car accident, the Georgia accident lawyers at Joe Durham Jr. P.C. can help you. We’ll explain the pros and cons specifically as they relate to your case and assist you in making the right decision. Our primary goal is to get you the compensation you deserve if you were injured because of someone else’s negligence. You shouldn’t have to consider negotiating with an insurance company on your own. Call us today to schedule a free consultation.

What Types of Losses Can I Recover as a Victim of Medical Malpractice?

Do I Have to Prove My Spouse Was at Fault to get a Divorce in Albany, GA?

I Suffered an Injury During Plastic Surgery. Can I Get Compensation?

Americans spend billions of dollars on cosmetic surgery every year. In some cases, it’s in an effort to correct birth defects or disfigurement caused by How Surgical Errors Can Lead to Medical Malpractice Case in Georgia?

Surgical staff and the Surgeons are highly trained and qualified medical professionals. Their job is highly precise, leaving no room behind for errors. Handling a

How Do Sideswipe Accidents Happen?

Sideswipe collisions can happen seemingly out of nowhere. If they occur at low speeds, they may not result in injuries. Typically, one car just brushes Medical Negligence in Georgia: Are You a Victim?

Going to a doctor for almost every problem is common. Whether someone has an injury or pain, they wish to consult a doctor at the 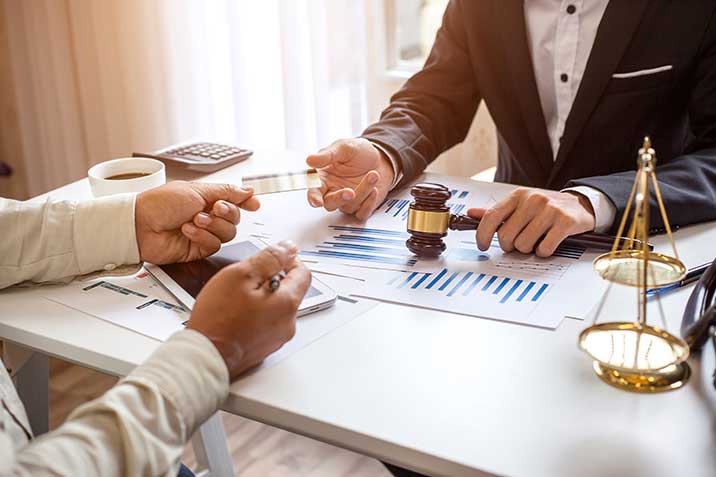 How Divorce Can Affect Your Estate

During the complicated process of divorce, people are troubled with issues like what to do with the children, property, and finances. Many things need to When parents learn they are expecting a child, it is the happiest moment of their life.  This happiness can turn into confusion, sadness, or chaos