On Georgia’s busy roads, cyclists are incredibly vulnerable. Each year, many cyclists are severely and sometimes fatally injured in accidents involving automobiles. The National Highway Traffic Safety Administration (NHTSA) reports that 30 bicyclists and other cyclists were killed in 2018 in Georgia, which represented a 50% increase since 2017.

But while these numbers are scary, they’re not surprising. Bicyclists and other cyclists are vulnerable road users and have a great risk of being severely injured in a road accident. Not only do drivers often fail to pay sufficient attention or leave enough room for cyclists, but other factors such as potholes also pose a risk of fatal crashes.

If you’ve been hurt while cycling on the road, on a bicycle path, in a park, or on a shared pathway, you may have the grounds to file a compensation claim. Whether your injuries were caused by a bicycle accident involving a motor vehicle, other road users, a cycle lane or road in poor condition, or because your bike or helmet failed, you could still claim compensation.

If you have been injured in a bicycle crash, dealing with your recovery and piecing your life back together is probably stressful enough without the stress of how to protect your rights and pursue compensation. Luckily, you’ve got us! At Joe Durham, our Columbus bicycle accident lawyers offer clear legal advice following a bicycle accident and support you throughout the claim process to get you back in the saddle. Ready to discuss your case? Call our injury attorneys about your claim at (229) 351-5320.

Speeding reduces a driver’s reaction time. While bicycles don’t ride at the same speed as motor vehicles, it doesn’t mean cyclists should ride as fast as they can. A bicycle accident caused by a speeding cyclist or motorist can be perilous for cyclists. Severe injuries and even death can be linked to speeding.

These types of bicycle crashes happen with alarming regularity. Even parked cars can cause a bicycle accident when passengers or drivers fail to look behind them before opening vehicle doors. Cyclists are usually thrown off guard and left with no time to react, and even if they are lucky enough to notice the door, their only options are either to crash into the door or swerve into lanes with other cars. 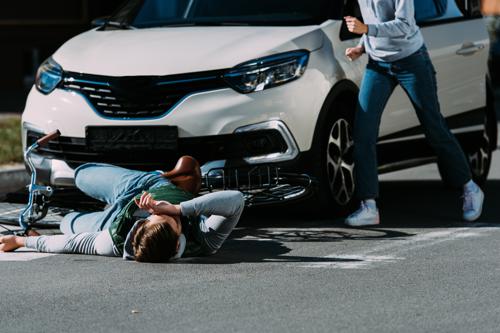 No matter how careful you ride your bicycle, hitting a pothole, oil or water spillage on cycling lanes or roads can be unavoidable and often result in skidding accidents and injuries. Poorly maintained roads and pothole-ridden roads are every bicyclist’s nightmare.

Negligent fitting of bicycle parts or faulty components can lead to the sudden loss of balance or failure of brakes. This can cause severe injuries, whether you crash with a wall, vehicle, or hit the ground.

Pedestrians stepping out into a cycling path without looking can also lead to bicycle crashes.

Reckless driving can take different forms including failure to yield, running a stop sign or red light, weaving through traffic, turning without looking, and failure to leave an adequate buffer for cyclists.

Even a single unsafe lane change or lane merging without looking can be extremely dangerous for cyclists.

What Are Georgia’s Bicycle Laws?

Under Georgia statutes, both motorists and bicyclists own certain duties and hold defined responsibilities when operating vehicles on the road. Note that the term “vehicle” here is used to refer to all vehicles, including bicycles. However, when the term “automobile” or “motor vehicle” are used, that law/statute does not apply to bicycles. Some subsection of Georgia’s traffic laws that deal specifically with bicycles include:

A cyclist shall not allow another person to ride on handlebars and shall not operate the bike other than on the regular seat attached to the bicycle.

Bicycles shall not carry more persons at any one time than the specified number for which the bike is designed and equipped.

Cyclists shall not transport a child under the age of one year as a passenger on a bicycle path, lane, highway, roadway, or sidewalk. However, a cyclist can transport the said child on an infant sling or bicycle trailer while adhering to the bicycle trailer’s manufacturer’s instructions.

Cyclists on the road shall ride as near to the right side of the road as possible (practicable), except when avoiding hazards, when turning left, when moving at the same speed as traffic, when the lane is too narrow, one passing a stationary vehicle or one traveling in the same direction.

Cyclists shall ride more than two abreast except one part of the road set aside for exclusive bicycle use such as bicycle paths, and lanes.

All bicycles operated at night must be equipped with two lights:

Every bike sold and operated in Georgia must be equipped with brakes that will allow the cyclist to make bicycle wheels skid on dry level pavement.

Bicycles shall not be operated while equipped with handlebars that are raised such that the operator will have to elevate his/her hands to grasp the normal steering grip area.

Persons under the age of 16 years shall not operate or be a passenger on a bike on a bicycle path, lane, sidewalk, or highway in Georgia without wearing a bicycle helmet.

These laws exist to keep bicyclists and other road users safe while on the road. When motorists and cyclists fail to adhere to these statutes and regulations, the consequences can be disastrous.

How Is Fault Determined In Bike Accidents In Georgia?

Georgia is an at-fault state, which means that the part found to be responsible for the accident is liable for all damages arising from said accident. However, the onus is on the victim to prove that the at-fault driver, passenger or other party was negligent or reckless and the cause of the crash. To be award compensation for damages, a victim of a bicycle must:

What Should You After A Bicycle Accident?

If you are involved in a bicycle accident taking the following steps can help preserve your injury claim:

Immediately after a bicycle accident involving injuries to people or animals or property damage, contact the police.

These should include the other person’s name, mobile number, address, and insurance info. Also, exchange contact info with witnesses and the reporting police officer.

Take pictures of the damaged bike, the other vehicle, your injuries, and also write down the events.

Remain at the scene and stay composed. Never admit fault or assign any.

Remember, above all else, your health comes first. Seek medical assistance and make sure your doctor documents all injuries.

The last thing you want after a bicycle accident is to say the wrong thing or make mistakes that could cost you the ability to pursue fair compensation. Calling an attorney covers your bases from the get-go and maximizes your chances of recovering fair compensation.

What Types Of Damages Can One Recover From A Bicycle Accident Claim?

Bicycle accident victims in Columbus, Georgia can pursue compensation for the following damages:

These cover financial suffering and include:

These cover non-tangible suffering, such as physical and mental pain.

Note that the amount recoverable will vary depending on several factors such as the damage to the bike, how severe the victim’s injuries are, the treatment given and expected cost of future treatment, and so on. To estimate how much your bicycle accident is worth, talk to an experienced attorney.

Schedule A Free Consultation With A Columbus Bicycle Accident Lawyer

The consequences of a bike accident can be disastrous and can disrupt your life and even change it forever. If you have been in a bike accident and suffered injuries, we can get you the compensation and rehabilitation you need to return your life back on track.

We understand that taking legal action can be a leap into the unknown for you. But don’t worry, our Columbus, GA, car accident lawyers at Joe Durham will help with your claim – from collecting evidence to providing advice throughout the process. Call us for free at (229) 351-5320 and talk to one of our lawyers about your bicycle accident claim. 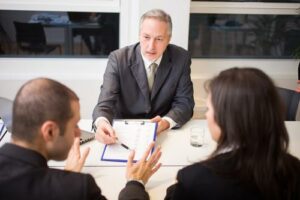 Divorce in Georgia: Protecting Yourself From an Abuser and Narcissist

How Can Car Accident Victims Ensure Their Insurance Claims Get Paid?

How Long Does the Average Divorce Take in Georgia?