The Dangers of Truck Driver DUI Accidents in Georgia

Due to the overall risk of DUI truck accidents in Georgia, the consumption of alcohol by truckers is carefully regulated. Federal regulation requires that commercial truck drivers be tested regularly for the presence of alcohol and drugs in their system. It is the responsibility of the people and companies who hire commercial truck drivers that they inform them of the requirement and ensuring that testing is performed.

Consequences of a DUI for a Truck Driver’s License

A DUI arrest can be the reason for the loss of a Commercial Driver’s License (CDL) in Georgia. All drivers of commercial trucks should obtain and hold a valid CDL to legally drive vehicles that weigh over 26,001 pounds. Because of this law, the loss of a CDL can mean being prohibited from driving a commercial motor vehicle (CMV).

A truck driver arrested for DUI or with a blood alcohol level of 0.04 or more will have the CDL revoked for a minimum of one year on the first offense. The minimum is up to three years if they are reported for driving hazardous materials.

If a truck driver drives a CMV under the influence of alcohol or drugs or refuses to take a blood alcohol test they will also lose their CDL for at least a year. Drivers also have their CDL revoked if they leave the scene of an accident, commit any crime while driving, and cause death through negligent driving or other operation, or drive with their CDL suspended.

How Serious Is the Problem of DUI Truck Accidents?

According to the Centers for Disease Control and Prevention, people who drive while intoxicated cause accidents. Nationally, 28% of all crashes involve people with alcohol problems, defined as having a BAC of 0.08 or higher. In Georgia, the percentage is slightly higher, at 29%. Alcohol consumption leads impaired judgement, slower reflexes, and lack of concentration, all of which can contribute to an accident.

Some observers believe that for the safe operation of a commercial truck, other factors pose an even greater threat. Fatigue and drowsiness, for example, are known to be a greater danger to truck drivers than any other vehicle driver. Truck drivers must work up to 11 hours without a break, even with federal regulations on hours worked. Some companies may pressurize their drivers to work when they are sleepy or tired. Truck drivers often find it difficult to get good quality sleep during the day as they work at night.

Therefore, the use of substances and stimulants that keep drivers awake and seemingly alert can be more dangerous than alcohol. The Federal Motor Carrier Safety Administration (FMCSA) conducted a major truck accident study that defined prescription and over-the-counter drug abuse as possible factors for the truck accidents but did not specifically name the alcohol. The study admitted, that alcohol is involved in all kinds of accidents.

How Do You Know If Alcohol Caused an Albany Truck Accident?

Truck accidents must be reported to law enforcement, who will investigate the incident and write a police report. If law enforcement officers have a probable reason to suspect a driver is impaired by alcohol or other substances, they may administer a breath, blood, or urine test. If you are involved in an accident, get a copy of the police report. If you notice any signs of alcohol consumption, such as a can of beer or the smell of alcohol, report it to the police as well.

Your health always comes first and you should see a doctor for treatment as soon as possible. Then, get a copy of the police report that shows evidence of who and what caused the accident. Also, exchange contact information with all other drivers and make sure you get their insurance information and address.

If the truck driver or trucking company was at fault, you have the right to compensation for your injury and losses. Contact a Georgia truck accident attorney to learn more.

PrevPreviousTwo-Vehicle Crash in Dawson County Leaves One Dead, Others Injured
NextHow to Get the Most Money from a Car Accident in Georgia?Next

Why Would a Car Accident Attorney in Albany Decline My Case?

What Type of Damages Can a Georgia Car Accident Lawyer Recover? 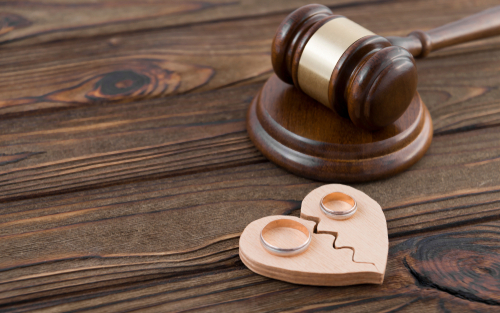 What’s the Difference Between Divorce and Separate Maintenance in Georgia?

Couples who are experiencing difficulties in their marriage don’t always want to get a divorce. For varying reasons, some want to live separate lives without One of the more awkward positions to find yourself in is when you get into an accident with passengers in your vehicle. It’s hard to 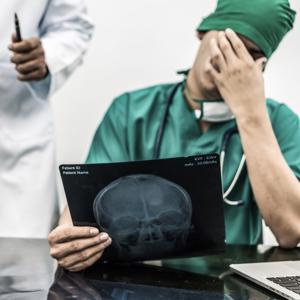 Can an Anesthesia Error Lead to a Medical Malpractice Claim?

Undergoing surgery is always risky even if the operation is considered relatively minor. Patients are, therefore, naturally concerned about getting an operation. They may worry

Self-Divorce vs. Hiring a Divorce Lawyer in Albany, GA

Filing for divorce in Georgia seems easy when you have a lawyer representing your interests. Most divorce lawyers in Albany take over all the hassles.

Have you decided to file for divorce or received the notification that your spouse started the proceedings? You should consult a Georgia divorce lawyer. This

Georgia Medical Malpractice Lawyer Q&A: What Is an Expert Affidavit and Do I Really Need One?

Georgia medical malpractice victims thinking of seeking damages for their losses will sooner or later come across the term expert affidavit. Those who work with